It was one of those perfect October weekends.
Deep blue skies overhead, cool in the shade, warm in the sun...
just the right kind of weekend for 5 soccer games. 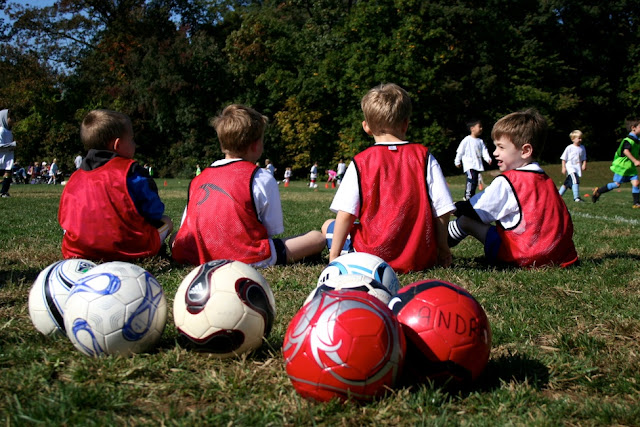 Peter kicked off the weekend with Kindergarten soccer.
Then Will's game.
Then Hannah's game.

Later that day, an opportunity for Will's team - the 'Sniper Cats' - to play on the pitch at RFK Stadium before the D.C. United game. Pretty exciting. And I must add that the 'Sniper Cats' can now say they are undefeated at RFK!
Don't you just love the name they chose for themselves? Hilarious. 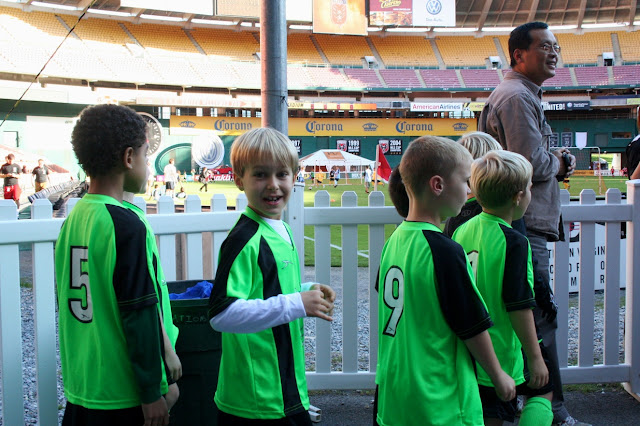 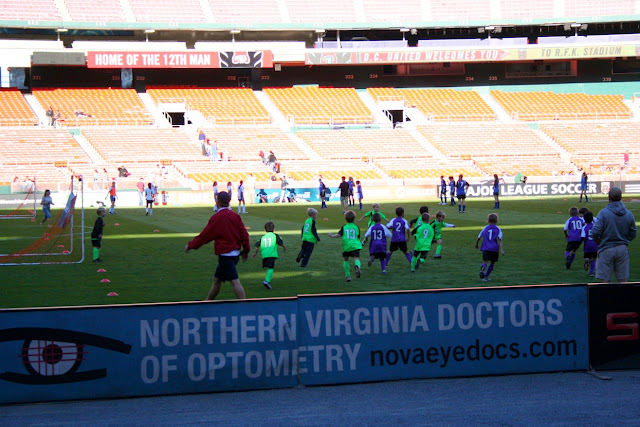 The boys enjoyed a little American football while tailgating. Marine One flew right over our heads
- we're pretty sure President Obama was cheering for them. 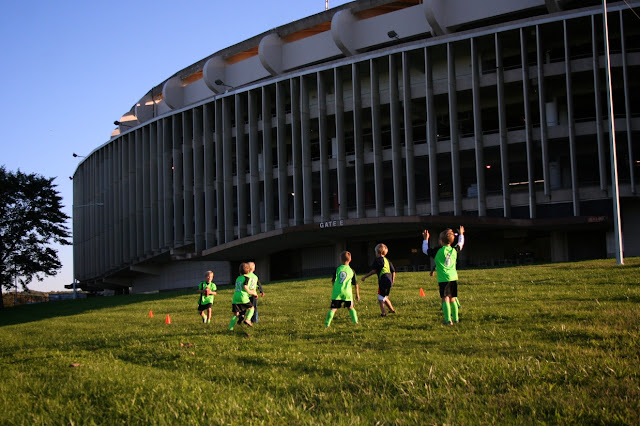 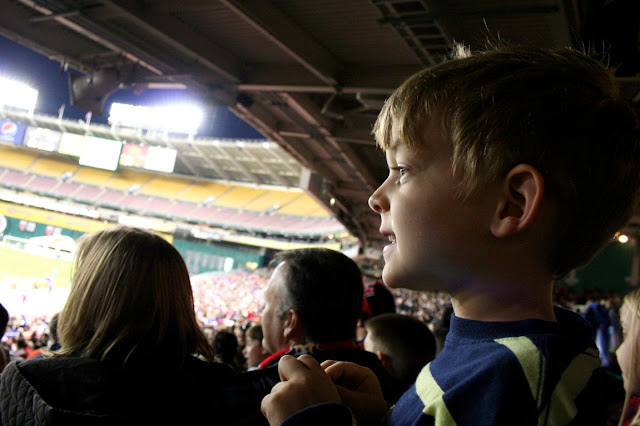 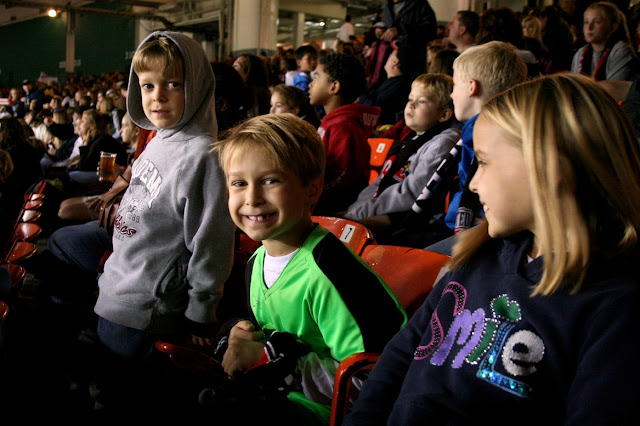 It had been a full day. I marvel at Peter's ability to sleep in the loudest places. 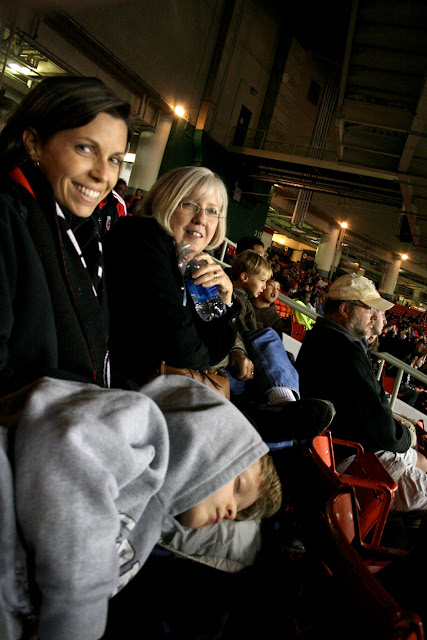 Hannah's team had a Sunday make-up game.
The 'Angry Birds' - one win and one tie this weekend. 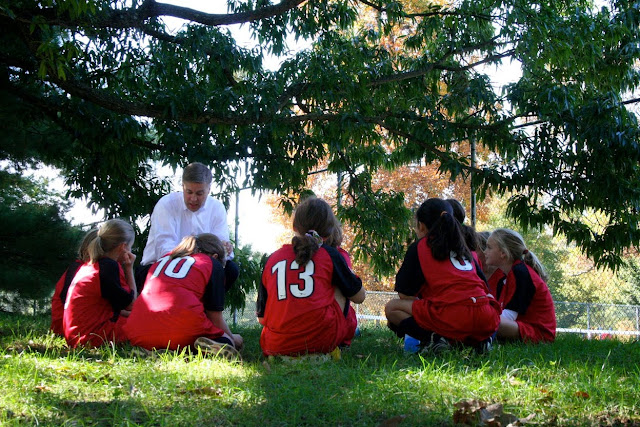 My sweet parents were in town cheering them on! 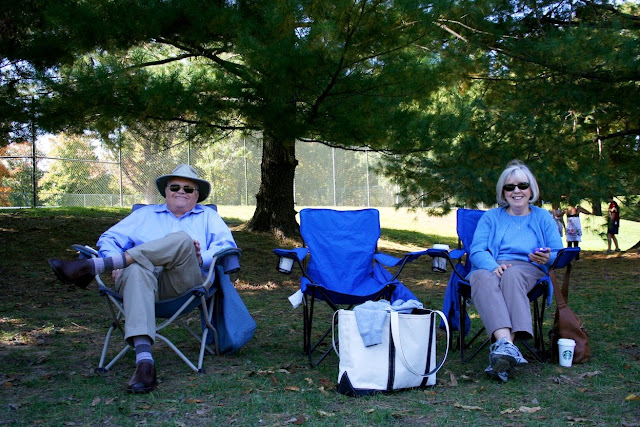 This handsome guy got off a plane Friday evening, went straight to a dinner event, then to a breakfast meeting, three soccer games - coaching one, a funeral, the D.C. United event, church, then coached another game....
He deserved an Elevation Burger. 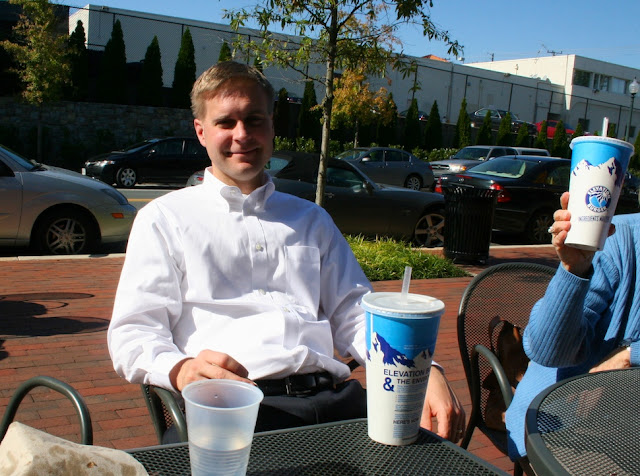 (photo by Peter - he's always got my camera these days)